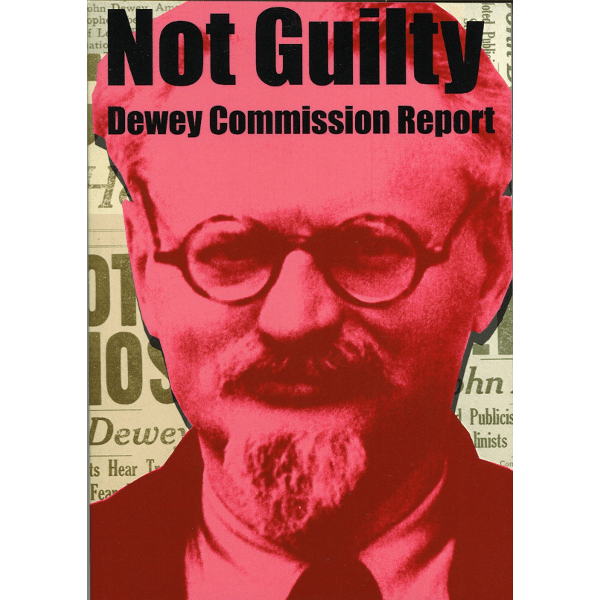 We find the Moscow trials to be frame-ups. We find Leon Trotsky not guilty.
These were the findings of a 1937 commission of inquiry headed by U.S. philosopher John Dewey into the charges against communist leader Leon Trotsky leveled in the Moscow trials. Trotsky was the chief defendant in Joseph Stalin’s kangaroo courts, in which the central leaders of the Bolshevik Party under V.I. Lenin were framed up and most were executed.

Stalin’s regime needed the trials to consolidate its counterrevolution against Lenin’s revolutionary internationalist course. The aim was to close the minds of workers, farmers, and national liberation fighters to the communist movement led by Trotsky, which was continuing along the road opened by the October 1917 Russian Revolution.

In Trotsky’s testimony before the Dewey Commission—published as The Case of Leon Trotsky—he defends this Marxist perspective and rebuts Stalin’s lies. Not Guilty contains the commission’s findings, which helped unmask the frame-ups.