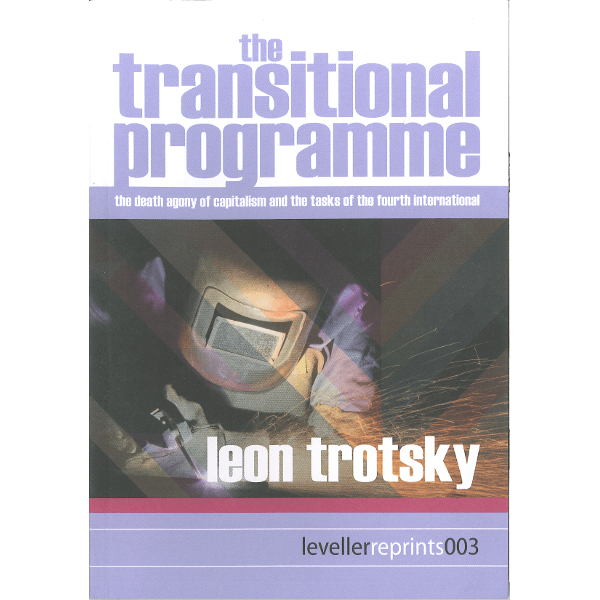 by Leon Trotsky is undoubtedly one of the most important works ever written by him. Here unfolds before us in all richness the application of the method of Marxism to the historical tasks of the workers‘ movement. It was written 1938 in preparation for the Second World War and its revolutionary consequences for the working class worldwide. But the approach adopted – despite some of the demands not yet being fully applicable today in all situations – if very „modern“ and relevant to struggles of the workers‘ movement today.

While it is described as a „programme“, it is not strictly this. It does, in fact, combine programmatic demands of the most important kind with necessary comment, points on perspectives for capitalism and the labour movement which could have been written today.