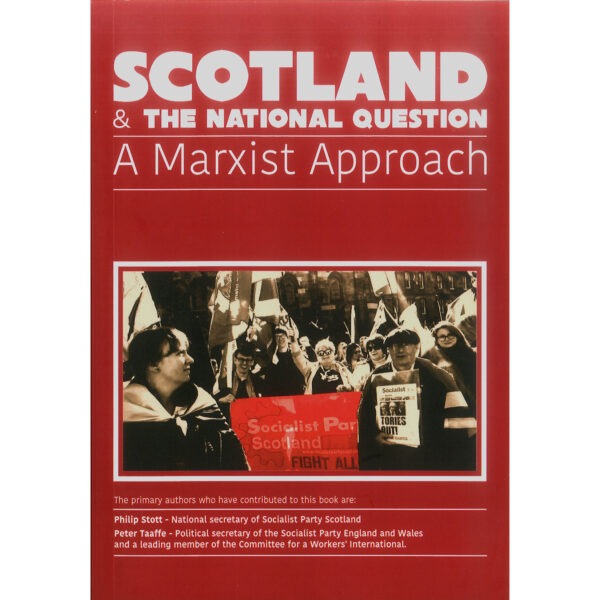 Scotland and the National Question

Scotland and the National Question – A Marxist Approach

The scene is set for an unprecedented confrontation between the Scottish working class and the UK Boris Johnson-led Tory government.

The Tories have made clear that there will be no second independence referendum, no matter the result of the Scottish parliamentary election due in May 2021. Yet 64% of people in Scotland support an indyref2.

A colossal 79% of 16-24 year-olds currently back independence. A rake of opinion polls have found support for independence rising significantly during the Covid pandemic.

So how can the right to self-determination be won?

This new book from Socialist Party Scotland makes the case for a mass mobilisation of the workers’ movement to win the right to a second referendum.

We examine how and why resolving the national question in Scotland is intimately linked to the struggle for socialism.

And why the leadership of the Scottish National Party is incapable of leading a movement against those capitalist interests that overwhelmingly oppose Scottish independence.

Our book is also a detailed exposition on how Marxists approach the national question. We produce here a collection of articles written during the working-class uprising that was the 2014 independence referendum.

As well as material that chronicles how the programme of Militant and Socialist Party Scotland was shaped to connect with the changing outlook and consciousness of workers and young people in Scotland over the past decades.

In short, it is the most complete work yet produced from a Marxist perspective on the national question and how it applies to Scotland.